What's on your mind?

Is there a tone tag for when a sentence isn't true?

We Mods can not just delete pages like that if it makes you Uncomfy and you want it gone.

Pages like that need to be talked about with other mods and we have to decide if it needs deletion or not.

I am Neutral in the situation i will do whatever is best. /nm /lh /js

I hope someone can see this one day and relate to it just as much as I do :)

Hey again, everyone! I need help with making a xenogender. I plan on making it based off a flower called the Mussaenda. Its supposed to be more as a gender modifier than on its own, but can definitely be used alone.

Its described as the following:

Feeling a soft/gentle, yet strong security for ones gender identity and a strong adoration for it. May represent one's connection and experience as that gender. Can also be used to incorporate Mussaenda into one's identity for aesthetic purposes.

Is this too similar to a preexisting gender, or am I good to go?

So, some time ago, I made the aqueerplatonic, anaesthetic spectrum, analterous spectrum and aqueerplatonic spectrum pages, but I just read that I cannot coin terms through page's creation and I should do it in the discussions first...so now I'm going to list terms I want to create pages for (and which I made flags for btw but they're not posted yet) or already made a page:

Having a queer sexuality that rarely feels straight.

can an admin message me on my wall rq? i have a question abt smth and am not sure who’s active at the moment

Should i or does it already exist (i cant find it)

Anachronigender: A xenogender in which someones gender feels as if it is not meant for this time, or that it's out of place and wrong in the current time. 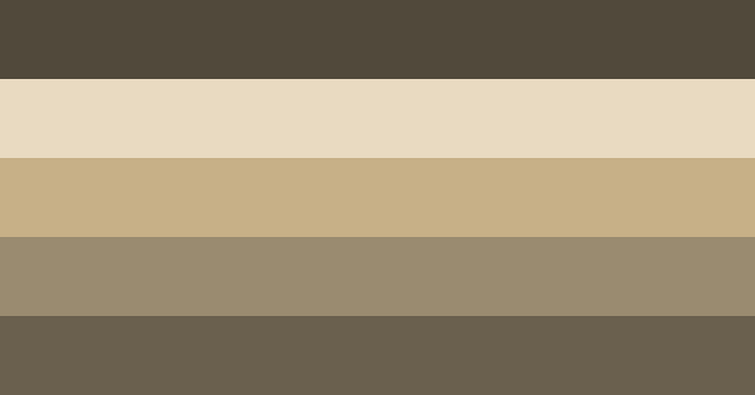 Brown: Gender feeling out of place

Idk man i just vibed with the word "anachronistic" and the meaning of it like this was just gender so why not actually make it gender?

Is there any way to apply to be a mod? Me, Phil, and XD are interested.

No upvoting unless commenting because this is a PSA

So, I've noticed a lot of arguements about the word "Spooky" and how it is offensive and racist. If a user on this wiki asks, "please do not use [x] word, it makes me uncomfy" you respect their wishes. Right? well, not from what ive seen on the wiki as of recently. Another thing, if you are not a POC, dont speak for POC because you are not one. I see quite a bit of non POC talking for POC, and it is making them uncomfortable. For the record, i have been told that i can make this post by a POC.

Thank you, that is all

(edited by Demi Bi the River)

You must credit and link to an individuals art. This includes picrews, fanart, reference art, or anything else.

Even if it has a watermark/signature, you still need to link to it. If it was posted anonymously somewhere link to where it was anonymously posted.

If you are caught not crediting and linking to artists properly, you will be issued a warning. If this happens twice, you will be banned for a month.

We need to respect artists. Add a link to the piece of art. If you have a piece of art saved on your device and can't find the original source, then you cannot post it until the source is provided. This applies to picrews as well.

I will be adding this to the guidelines right now.

@Cryptocrew im rlly sorry to ask this again but uH the user got on the padlet again,,, and uhH,,, yeaH-

I wanted to coin this term. Any thoughts? Is there already a term for this? Should I add something to the definition or fix the definition?

If it is rude in any way, do tell me cause I want to fix it! I know I am ignorant to some things, so please help me if I messed up; I don't mean to say anything bad about anyone.

{barrier for the TWs}

{barrier for the TWs}

This can include, but is not limited to:

Paradoxpunk is not limited to people who are both/neither LGBT+ and non-LGBT+, it can also apply to other topics.

Paradoxpunk has no one aesthetic or style but can include relating to, or comparing oneself to partial-human creatures such as shapeshifters, werewolves, centaurs, or other monsters, especially those that can take human form, are partly human, or are paradoxical in a way.

This can be considered a subset of voidpunk or something completely separate altogether.

Originally coined by me, IAmArtemisTheCat, on October 13th, 2021.

This is the first post I made of it, on October 14th, because the internet stopped working, oops. 'Paradox' comes from the idea that one is a paradox by being "both and neither" and 'punk' comes from similar terms such as voidpunk.

We coined this term because one of our members is pluralsexual due to trauma.

Hey, I created this term because checking and checking I realized there really wasn't a name for it, so I created it, I considered myself demifaun and greygender for a while, but it didn't really describe it well :c.

And if it's not too much trouble could someone do me the very big favor of putting it in the genderfaun variants ?

I'm a noob on this site and I'm afraid to do it wrong.

And that would be all, thanks for reading ♡.

physigender is a gender where one can physically feel their gender inside their body. the placement of the gender may vary.

So uh the articles mentioned in the title got changed to PWHP, PWHV and PWHN which are the alternatives me and my friends came up with since people were uncomfortable with the originals.